Menu
Order Your Appraisal
Back to all 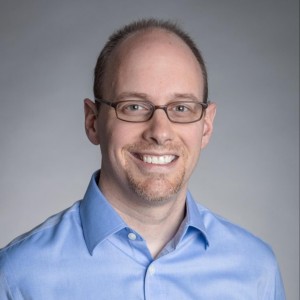 Over the years, we’ve heard it all.  Misunderstandings about the appraisal process are plentiful, and some of those really do affect the way you do business.  So this post will address (albeit briefly) five of the most common myths we’ve heard.  We’ll set the record straight, and give you greater confidence the next time one of these issues comes up!

Contrary to popular belief, not everything affects value, and almost always the cost of an item / upgrade / remodel doesn’t equal it’s value.  Let’s look at a few examples.

What matters?  Here are a few things to make sure you relay to the appraiser, if they apply to your listing.  The appraiser might not be able to say an exact dollar amount of difference each makes, but they will all likely be considered in the appraiser’s opinions formed during the appraisal process. What doesn’t matter so much? Like it or not, not everything a homeowner does to their home is going to make a difference when you go to list it.  Here are a couple things that you don’t really need to tell the appraiser about.

Myth #2:  Whatever a buyer is willing to pay for a home is its market value

Oh, this is a fun one!  We hear this one on a very regular basis, and usually from homeowners complaining about the appraisal process.  “Well, it doesn’t matter what you say!  I’ve got a buyer willing to pay $275,000 and that’s all I need.  My home’s worth whatever that buyer wants to pay me!”

Market value is the most probable price that a property should bring in a competitive and open market under all conditions requisite to a fair sale, the buyer and seller, each acting prudently, knowledgeably and assuming the price is not affected by undue stimulus. Implicit in this definition is the consummation of a sale as of a specified date and the passing of title from seller to buyer under conditions whereby:

Now, in my opinion, the two most important things to remember from the definition above is that (1) the buyer and seller must be typically motivated.  This means that if any party is acting under duress, or if one party is motivated substantially more or less than another party, the definition of market value is not met.  Some examples include (with some exceptions) REO / foreclosure sales, relocation sales, estate sales, auction sales…or on the buyer’s side… when a buyer is practically forced into making a substantially higher offer on the property due to multiple offers, or possibly when a buyer has to make a very quick decision about purchasing.

And (2) both parties must be well informed.  If an out-of-town buyer, for example, makes an offer on a home without checking out the neighborhood, or researching local market values, they might not be considered well informed.  If a seller is selling their home and hasn’t consulted an appraiser or Realtor, they are definitely not well-informed.  Now, this doesn’t automatically mean market value isn’t met, but it sure might mean that.

So back to that homeowner’s all-too-common remark.  No, market value isn’t simply what a buyer is willing to pay.  There’s so much more to it than that.

Myth #3:  Price per Square Foot is a good way to price a home

We’ve already discussed adjustments in Chapter 1, and in that discussion, we talked about price per square foot.  So why repeat it here?  Because it’s just that important.

We wrote about appraisal packets in an earlier post too, where you can give the appraiser a list of sales you think might be relevant for the appraisal.  Almost every time I receive one of these packets, the Realtor has written on the MLS sheet $167/sf or $199/sf.  You know what I mean.  You’ve probably done it yourself.  But I cringe every single time I see that.  Why?

As we learned earlier, in my opinion, pricing a home using PPSF is only acceptable when the home is brand new or less than a few years old, and you’re comparing it to model matches – or homes with very few differences.  In these instances, you could easily have several sales all practically identical with the exception of square footage.  And, it would be no problem to extract a median PPSF and apply it to your subject.

The problem comes in when homes get up in age, and what you’re comparing them to starts becoming less and less like a model match.  Pricing an older home using PPSF isn’t the best idea in the world because that number includes so much more than just price and square footage.  In fact, it includes everything.  Design, age, quality, condition, square footage, bedrooms, bathrooms, interior and exterior amenities and lot size/value, and I’m just scratching the surface!

So the next time you list a home, feel free to consider PPSF, but only as a starting point.  That is, unless it’s a new/newer home and you have plenty of sales almost identical to the home you’re listing.

No it does not.   Next question.

Ok, I’ll give a little explanation.

Since I’ve already given away the answer, let me explain why the answer is no.  Let’s look at the only requirements for a bedroom:

But wait!  Having a closet wasn’t listed above?  You mean it’s really not required?

And much to the surprise of many Realtors, I’m sure!  The International Residential Code doesn’t mention closets as a requirement for bedrooms.  Keep in mind, however, that your state or local code may in fact have such a requirement.  But most importantly (especially from an appraiser’s perspective) is the market.  What is expected in your market by buyers?  And, even in some markets, that expectation may change, depending on the style or age of the house.  Some older homes don’t have closets at all – or have very few.  I’ve done plenty of appraisals on older homes that if having a closet was a prerequisite for a bedroom, then the house wouldn’t have any bedrooms at all! Myth #5:  A final inspection can be done in just a day or two.

Most of you are familiar with final inspections.  Either you listed a brand new build, or there were deficiencies that need to be addressed, and after the work was finished, the appraiser was ordered back out to the property.  Most people think this is an easy thing to do, and should be taken care of in just a day or two.  Afterall, the appraiser just has to run out and snap a few pictures, right?

If it were only that easy.

Final inspections usually do take less time on site to complete, and some appraisers can squeeze a final in even if their week is already packed full.  But it could still take several days to over a week to get it all scheduled, inspected, and the report back to the lender.  So the next time you know a final inspection will be required, make the call to the lender early – who will then order the final inspection with the appraiser.  Encourage your clients to let you know that the repairs will be done on XX day, and to give you as much notice as possible.  That way, you can go ahead and get on the appraiser’s calendar and the process should go much quicker for everyone.

Committed to helping you understand your home’s market value, Appraisal Blog The Realtor’s Guide to Appraisals Part 6: Can I Give Sales to an Appraiser? The Realtor’s Guide to Appraisals Part 5: Tips on Communicating with the Appraiser

When’s the last time you picked up the phone and The Realtor’s Guide to Appraisals Part 4: The Difference Between a Purchase & Refinance Appraisal

Have you ever listed a home and during your listing